Santa brought a bit more than expected last night. At 10:47 p.m. J woke up crying with a fever. Boo! Gave him a few ibuprofen and he went right back to sleep.
Then at 4a.m. he woke up again and spent an hour chatting about Mario. Luckily, the fever seemed to have subsided. He finally realized it was Christmas and asked if he could open the last door on his Advent Calendar and put the star in the tree. Then he dozed for another two hours. Merry Christmas to me!
He finally got dressed and the first thing he wanted to do was the Advent Calendar. Then, with the star still in hand he found the goodies Santa left him.
For twenty minutes he played with his Jumping Frog Stretchkins and ignored everything else. Eventually we forced him to have a little food. Then he got into the Legos and stocking.
Three and a half hour later and he is sacked out on the couch watching Christmas shows and we have a pile of presents still under the tree. Maybe they'll get opened later today or maybe tomorrow. Whenever he is ready.
Hoping you had a nice day doing whatever makes you happy. 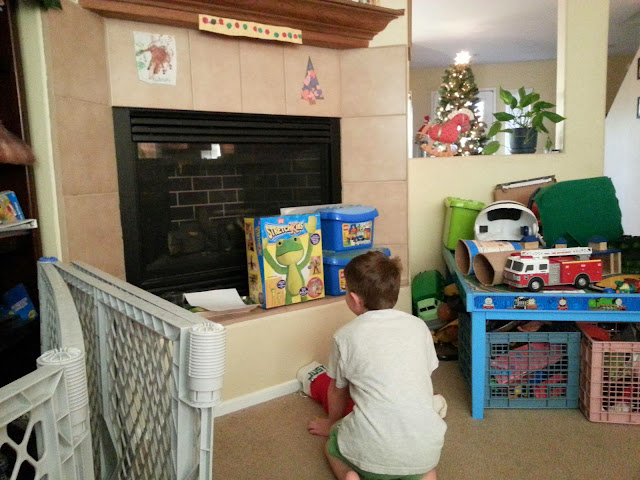 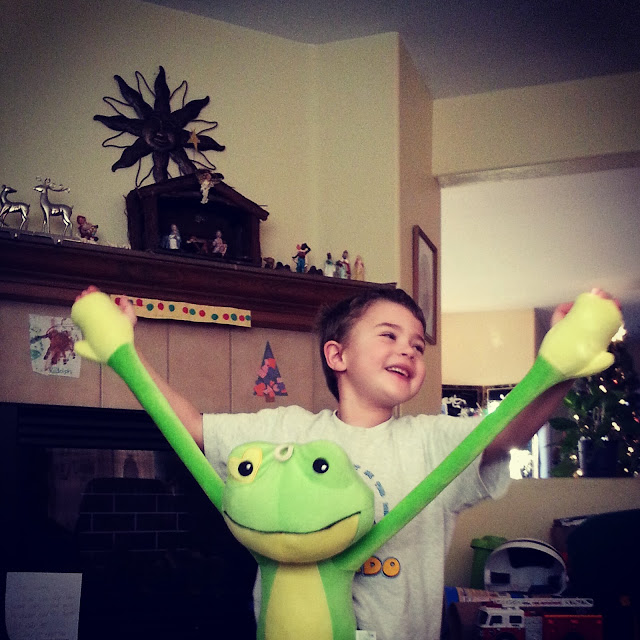 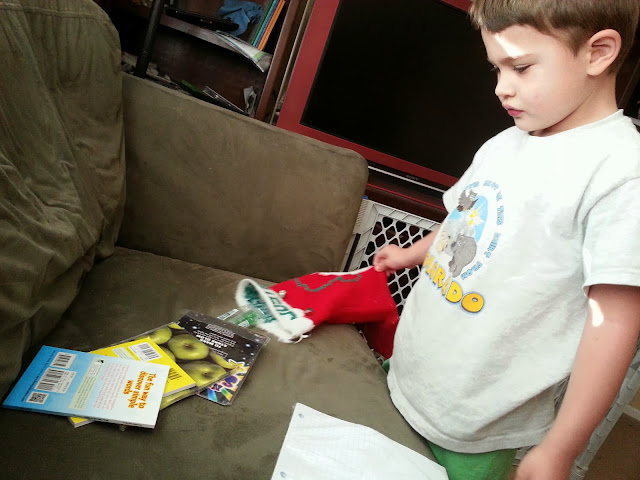 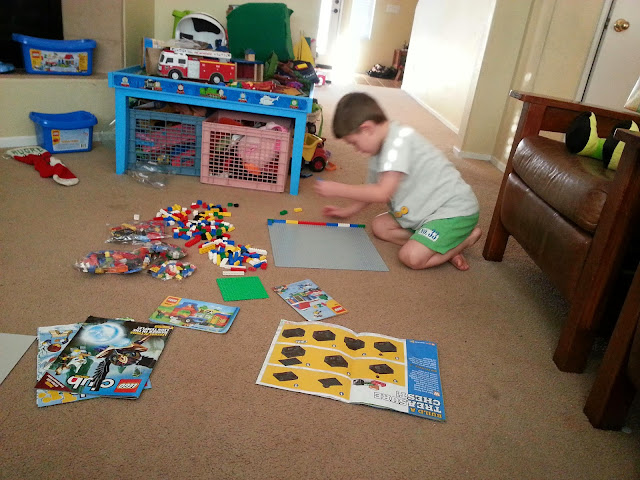 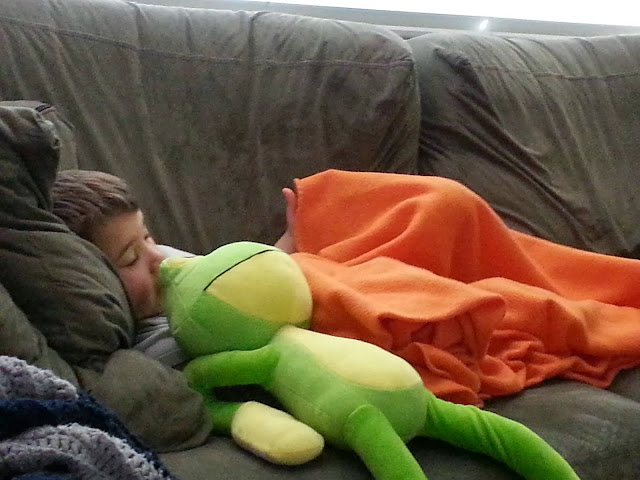