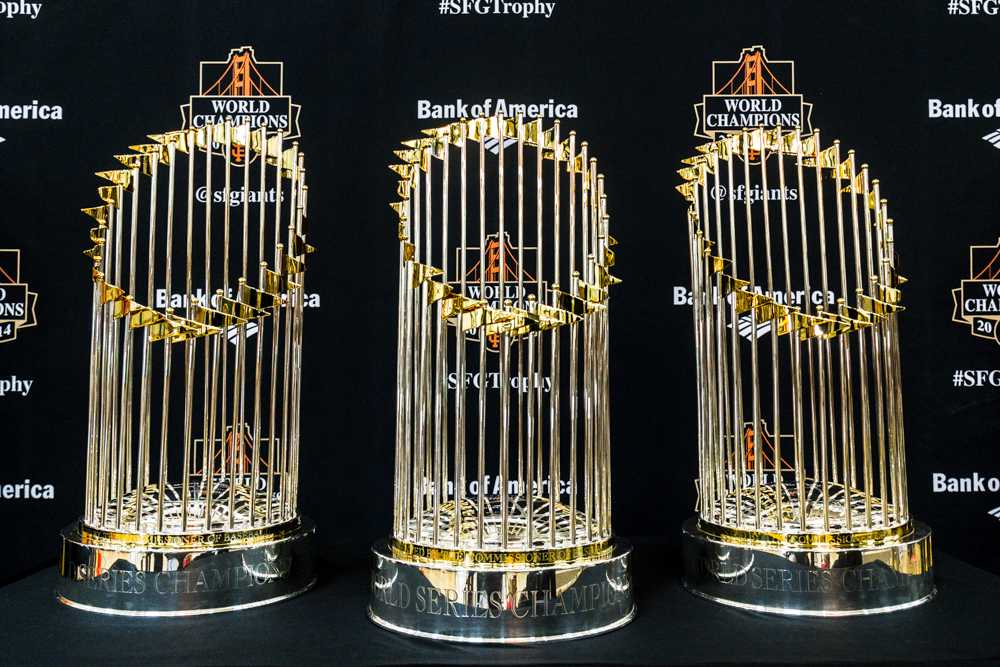 Three World Series Championships in five years. And I am just as excited for the San Francisco Giants as I was five years ago.

I have black and orange running through my veins. It is genetic.

My history with the team goes back long before I was born and the team first came to San Francisco. My Great Grandfather immediately became a fan and he turned my Great Grandmother into one. Well into her 80's, decades after he passed, she would take the bus to Candlestick Park or watch the games on TV or listen on her transistor radio. I remember her keeping score of every game in a steno pad. When she had a heart attack, the doctor forbid her from watching or listening to the games because she got too excited.

That passion got passed down the line. While my Dad was a "rout for the home team" guy that changed loyalties when they moved to Arizona, I never wavered. Even when I went to college in Dodger/Angel territory I sported my Giants and A's gear. In 2002, my apartment was in earshot of Angels Stadium, and I had to listen to the fireworks as they celebrated their victory over my Giants. TORTURE!

But there is more for me to love about the team than the fact I grew up loving them. They are an amazing example of the concept of teamwork. It isn't just the catchy social media hashtags #TogetherWeAreGiants #OctoberTogether and now #ChampionsTogether.

From the guys in the front office, to the manager and coaches to every player they understand that every individual is a piece of the puzzle to the Championship.

When one player has a great game or gets an award, every single one of them credits his teammates in post game interview. Starting pitches "demoted" to relief do not complain, they do what is best for the team. Even if they are disappointed, they keep their mouth shut and do what the team needs.

These are the examples I want my son to see.

« I am Wonder Woman
Worse than the Man Flu »