Being a parent can be downright unpleasant at times. From pregnancy and child birth, to diaper changes and sleepless nights, to cleaning up vomit and other gross messes.

But for me, the most unpleasant is having to punish my son. 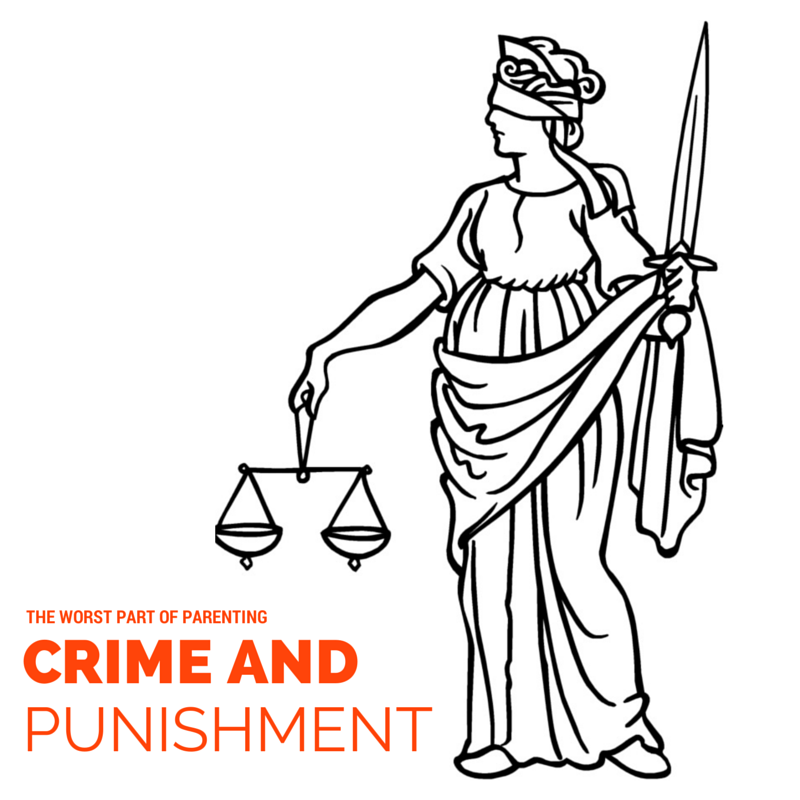 I guess I should say "give him negative consequences for his behavior". We don't hit or use other physical forms of correction. But, if you don't mind I am going to use punishment for the rest of this blog because it is shorter to type.

On Monday, J's teacher stopped me after class to tell me he finished the day with his clip "on yellow" because he was disruptive and dancing around in class instead of paying attention.

Not in this house! In a family of teachers, being a disruption in class is one of the worst "crimes" possible. We know first hand how hard the job is even without one student making it difficult.

The first challenge with J is making sure he understood that his teacher wasn't happy with his behavior and if he knew why she wasn't happy. He still struggles with reading other people's emotions and figuring out why they might feel that way.

Then I got to be Judge, Jury and Executioner. On the walk home I had to run through my list of crime versus punishment scenarios to figure out what would be fair for in this case, because I don't have a copy of the Perfect Parent Handbook. You know, the manual that tells you exactly what to do in every instance of your child's life so they turn out to be perfectly healthy model citizens. I must have left mine at the hospital when we brought J home six years ago. Does anyone have a copy I can borrow?

I made him apologize on the spot to his teacher. And at least he was able to do that and seemed to know why he was in trouble.

When we got home he had to get his Ninja Turtle toys and take them to the office, send a text to Daddy telling him what happened and sign a behavior contract promising to follow rules and eat his snack and lunch at school (another issue we have been having). Losing his toys and disappointing his Dad are huge for him.

I caught him in the office playing with the toys at one point. When I sent him out of the room and closed the door I think it finally sunk in that I meant business.

We debated with more, but like all parents we had to decide if it was just because we were angry or if his behavior really warranted it. Ultimately, we decided it was a first offense (this year anyway) and he would have one chance to prove himself again before more punishment is meted out.

This morning he told me "If I am good at school today I get my turtles and blimp back and I get pepperoni pizza for snack." ha ha! So I guess he knows what we expect. Now we will see if he actually does it.