As I was finishing up this project recently and stressing about all of the mistakes I realized there are quite a few life lessons to be gleaned from stitchery, whether it is cross stitch, needlepoint, crewel or embroidery. 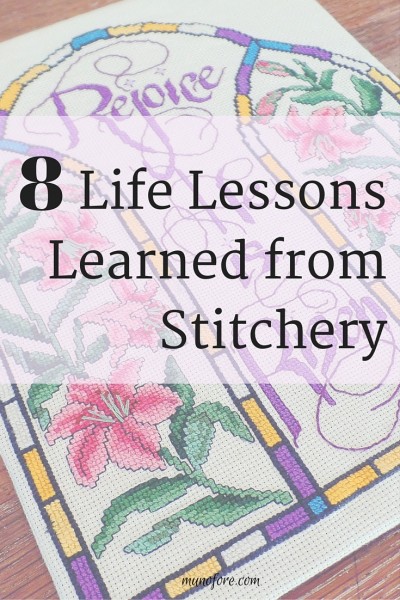 Truthfully my mind wanders when I am backstitching. But, I still thought it might make a nice blog post even for those that aren't into stitchery.

Tangles and knots happen more frequently when the string is too long.

Have you ever cut the floss (thread, yarn) too long because you want to change needles less frequently? Not only does it stretch your arm to make those first few stitches but the string invariably gets tangled and knotted far more frequently than if I'd cut it a bit shorter.

Whenever I take on too many tasks at once I often find I can't handle it all and end up with a jumbled mess.

When you try to pull that string too much to get "one last stitch" out of it, the stitch ends up too short and taut and just "wrong".

Guilty in both life and stitchery. Whenever I try to squeeze out just one more stitch to finish this one little section that one stitch looks tight and short and it looks off compared to my other (fairly) even stitches.

I am just going to quickly mop the kitchen floor at midnight. How did I miss that entire section in the middle? I have a housefull of guests coming in an hour and I am trying to finish this post (yes THIS POST, true story). I couldn't remember my next point and the typos were coming fast and furious. I need to know when to stop.

Every project is made up of hundreds, if not thousands, of little stitches.

Every sewing project is made up of so many little stitches that you need to make over and over again. You can't be overwhelmed by the number of stitches you still need to make or you will never get it done.

My life is (hopefully) made up of thousands of days to come and each one is important in some way to the entire picture. I can't get so absorbed in all that I haven't done and still want to do that I don't act. It is the sewing of the little stitches and the taking of little actions that add up to the whole picture.

[Tweet "Your life is made up of many days, focusing on one bad day doesn't give you the whole picture."]

Sometimes you need to step back and look at the whole project instead of constantly zeroing in on the individual stitches.

As I was working on yet another leaf I thought to myself, "if I have to look at the color green for one more second I am going to scream". And then I took off the hoop and saw how the project was taking shape. Wow!

I can't get so focused on the minutiae of daily life that I don't take some time to look at the big picture. Life is beautiful even if the day or hour or minute is rough.

It is better to catch any mistakes early before you start compounding on them. 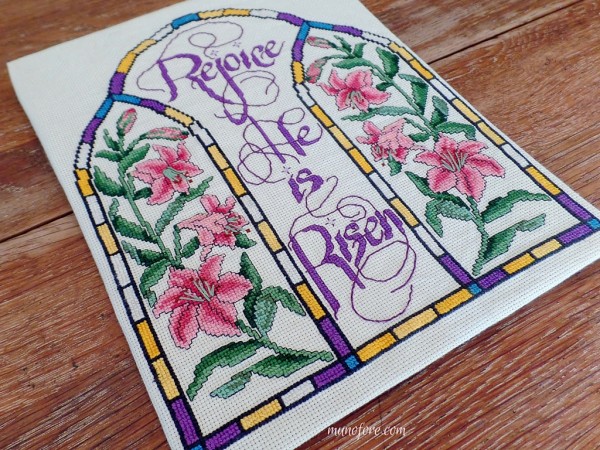 I miscounted somewhere at the top of one of the arches and didn't catch it until I was at the bottom. Should I rip out all of those stitches or make a small adjustment to get back on track? Can you tell what I did? I'm not telling.

Unfortunately, life doesn't come with a seam ripper. Some words and deeds can't be undone. When I took the worst job I'd ever had I couldn't just go back in time and make another choice. I should have cut it off sooner than I did, learned from my experience and moved on. I did eventually, but it was harder to do the longer I waited.

It is still beautiful even if it has "mistakes" and isn't exactly like the pattern.

I have several projects around my house that I've made that I know have mistakes in them, but looking at them years later I couldn't tell you where they are. All I see is the complete picture. Does it matter that my finished project doesn't look exactly like the pattern created by someone else? Even if I had created the pattern and actually sewed it differently would that make it less beautiful?

My Grandma Ruth used to call her mistakes her signature, but I am going deeper than that. Just because my life didn't follow the pattern "suggested" by a certain guidance counselor who shall remain nameless, or even the one I had created for myself early in my life doesn't mean it hasn't turned out the way it was meant to be. I have adjusted the pattern to suit my changing needs and life circumstances. Some things worked, some didn't. The picture is still turning out quite nicely and I can always make more adjustments if I want to.

[Tweet "Don't be afraid to adjust the plan you or someone else may have made for your life. #lifelessons"]

Behind every stitchery project is a not as pretty picture.

Flip over any stitchery project and the back isn't as lovely as the front. When you finish the project and sew it into the pillow or put it in a frame and hang it no one else sees what is behind the scene. No one else knows the hours you put in making stitch after stitch. No one else sees the mistakes or knots that aren't supposed to be there.

What I see of someone else's life isn't the entire picture. I don't see the mistakes, the struggles, or even the hidden joys they choose not to share. I just see a small glimpse of their reality. I see Ree Drummond, Pioneer Woman blogger and TV show host extraordinaire. I don't see that she accidentally burns toast unless she humbly posts a picture. Which she did recently. <3

And that is all anyone sees of mine too. People don't know that we have had several sleepless nights in a row unless I tell them. They don't know all of the funny happy moments that make up my day either because I can't possibly share them all. Nor should I.

A good soak and some stretching can work wonders.

I somehow got a little smudge on one of the cream sections. I wasn't going to check the fingerprint, it is even money that it matched a certain 7 year old who picked it up without noticing his dirty fingers. And then there were the hoop marks from leaving it in one place too long. A gentle hand wash and good stretching later made quite a bit of difference.

Some solid stretching, particularly chest openers for me, followed by a long soak in a hot bubble bath and I am a new woman. Last night is was a quick shower followed by a solid night's sleep and I was able to sit down first thing this morning and finish this post in a few minutes. All of the thoughts were able to flow today and I am glad I walked away from it yesterday before our party.

[Tweet "A good soak and some stretching can work wonders in sewing and in life. #lifelessons"]
I hope this gives you some perspective you can walk away with for your own life. Or at least let's you know there is someone else out there that struggles at times to remember to look on the bright side. 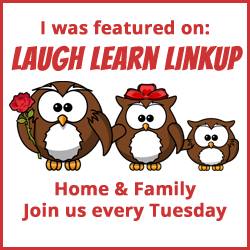