More than a few U.S. active duty service members and veterans I know are offended by the words "Happy Memorial Day". Some may not be as vocal about it as others, but it is still insulting if you know the true meaning of the day. 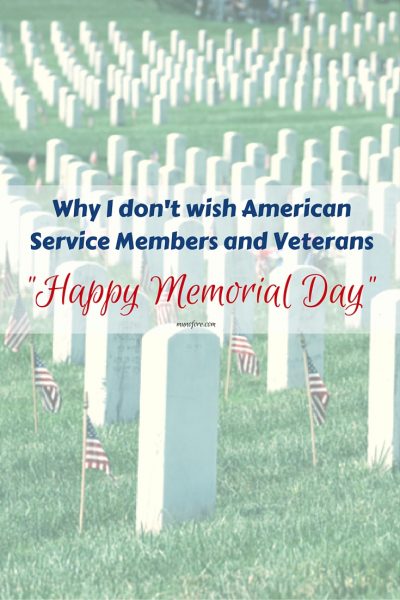 Confused? I understand. The holiday has become increasingly a day off from work and school, the unofficial start of summer, a time to score some great deals on appliances and mattresses, etc. What isn't there to be "happy" about?

Let's take some time to clarify all of our American military related holidays shall we?

The day to honor those actively serving in the American military is Armed Forces Day celebrated on the third Saturday of May.  It was established in 1949 as a way to unite the separate holidays traditionally held for each of the branches of the military.

We honor U. S. Veterans, both those that served in peace and war time, on November 11th. The date was chosen in honor of the signing of the armistice which  ended "The Great War" aka "The war to end all wars" aka "World War I" and the day of remembrance was originally called Armistice Day. The name Veterans Day was adopted after World War II, because WWI obviously didn't end all wars. Per the Veterans Administration website it should be

A celebration to honor America's veterans for their patriotism, love of country, and willingness to serve and sacrifice for the common good.

We honor the active duty military on Armed Forces Day and the veterans on Veterans Day, so who is left to honor?

Those service men and women that are not here for us to honor. Those that paid the ultimate sacrifice for their country. Those that were killed in action.

Most people don’t realize that the idea for Memorial Day began way back during the Civil War. During that war, over 620,000 soldiers died and people spontaneously held tributes in honor of the fallen, both for the North and the South. Women in Boalsburg, Pennsylvania placed flowers on the gravestones of those who had fought at the Battle of Gettysburg in 1863. In 1865, women did the same in Vicksburg, Mississippi. Carbondale, Illinois became the first organized Memorial Day ceremony held community-wide in April 1866.

The holiday was first known as Decoration Day because people placed flowers and flags on the graves of fallen soldiers from both sides of the war. It was called Memorial Day as early as 1882 but it wasn’t declared “Memorial Day” by Federal law until 1967. The holiday was moved from May 30th to the last Monday of the month in 1971.

Traditionally Memorial Day should be honored by flying the American flag at half-staff until noon. The flag is then raised to the top of the flagpole until sunset. The song Taps, a 24-note bugle call, is often played during memorial services and at military funerals. Congress enacted a National Moment of Remembrance in 2000 at 3:00 p.m. local time. Americans are asked to pause for one minute of silence as an act of national solidarity.

You may often see people wearing red paper poppies on Memorial Day. This began in 1915 when a Georgia teacher was inspired by the poem "In Flanders Field" by John McCrae and suggested using the poppy as a symbol to pay tribute to those that died in WWI. 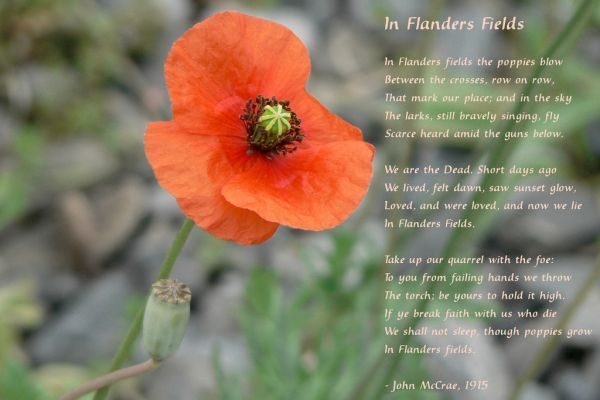 It later become a way to remember all of our fallen service members. Though the tradition seems to fallen off a bit of late, you can still see people wearing poppies at military related Memorial Day events.

Although Memorial Day was begun to honor the fallen soldiers from the Civil War, it is now a day to honor the memory of soldiers from every war and military conflict. You are welcome to enjoy your barbecues as the unofficial start of summer or get some great bargains in the big sales. But it would be nice if every American paused at 3:00 p.m. on May 30th to remember those military men and women that died in service to our country.

Feel free to thank a service member or veteran for their service, just don't insult them by wishing them a "Happy Memorial Day". For many of them that have lost comrades in arms the day is far from happy.