Scene: the main conference room on the 13th floor of 666 Hades Towers.

Lucifer Beelzebub: She is a premenopausal housewife with a whiney non-sleeping 5 year old whirlwind on summer vacation and a husband working nights. What do you mean she won't give in? What have you tried? 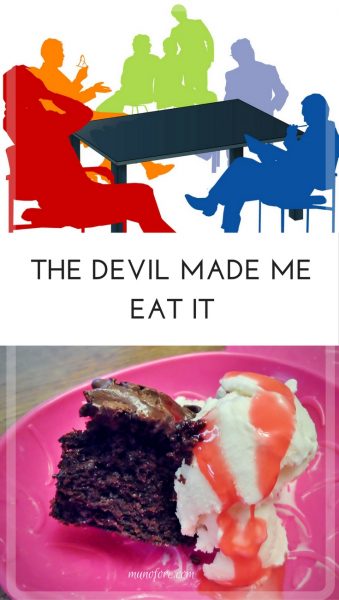 Flunkie #2: Well, L.B. As you mentioned she is premenopausal so we have amped up her hormone fluctuations to level 5. They are keeping her up at night and her irritation level is at a consistently high level. But either the black cohosh is working or she is starting to adjust to always being irritated so it is having less of an effect.

Flunkie #3: Even though it is summer vacation she got the boy in swim lessons and he loves them. The only trouble he is causing is ducking his head under water when he is waiting for his turn. Today, we replaced the instructor with one that had the kids standing around most of the 30 minute lesson. But the boy still had fun so she bit her tongue.

F #2: And the lessons are making him more tired. Combined with the new allergy medicine he is taking at night he is sleeping better this week. Even though he woke up at 4 a.m. this morning she calmly got him back to sleep before the light peeked into his room and he started demanding to get up because it was "the bottom of the night". We increased his whiney factor and added "Dora-itis", she grumbled a bit about wanting to do bodily harm to the perky little animated cherub, but other than that nothing.

F #3: We also convinced him that the cherry flavored medicine is "too sour". He threw a fit and even gagged when she tried to force him to take it. When she went to the store to get another flavor and a few other things we hid everything she wanted to buy! Well, she did find the grape flavored allergy medicine, but nothing else she wanted. She just sighed and said "Oh, well I probably would have been the only one to eat it anyway."

[Tweet "Can a woman resist the work of the devil and his minions and not eat the cake? #humor"]

L.B.: Have you tried using anyone else? What about the house? That usually gets to these types.

F #2: We put the cloak of invisibility over her so no one in the store saw her. They kept standing in front of what she was looking at or blocking her path in general. No visible reaction.

F #1: And Captain Clueless here (pointing to #3) posted some particularly annoying and oblivious comments on Facebook that would normally cause her to rant and rage, but instead of responding she turned off the computer and actually found time to get a few things crossed off of her to do list like cleaning out the garage so she could get to the weight bench.

F #3: Hey, don't turn this on me, Messy Marvin. Your the one that filled the kids shoes with sand so he'd dump them all over the carpet. Instead he sat where he was supposed to and made a tiny little pile on the tile that was easy to sweep up.

F #2: Stop it you two. Sir, we also dumped all of the toys out of the baskets as soon as she turned around to cook dinner. She just sighed, made it a game and had him help clean up a path between the dining room and bathroom. Then the husband cleaned up the rest while she was giving him a bath.  We showed him though and gave him a sore throat and congestion right before he started teaching summer school. He'll be grouchy and short tempered and she'll just want him to rest which he won't do.

F #3:  And we made the kid sick too! So he is sure to have trouble sleeping, not eat and be even whinier! And when he is sick his Dad always gets angry at the world and insists on giving him a fever reducer when his fever is only 100 degrees, even though she tells him every time to let his body handle it unless he is miserable or the temperature is over 102.

F #2:  We wanted to ravage her garden, but someone used up all the hornworms on her friend's tomatoes. The best we could muster was some grasshoppers that devoured most of the leaves on the green beans. But she had already harvested so many that she just shrugged.

F #1:  We've given her all kinds of technical difficulties like websites not loading and broke the printer when she was trying to print the belated birthday card they made for his cousin. She just cut out the part that printed, glued it to construction paper and had him add stickers and drawings. It came out even cuter than the one they made on the computer. And the printer still works if you hold down the corner. She's so cheap she'll try to make it last another 6 months that way.

L.B.: Let me look at the file.  Hhmm. Ah. Here, give her this. By the time she finally gets the kid into bed and gets a few precious minutes all to herself she'll dive right in to it.

F #3: The weight bench, the healthy foods, of course! Give her the cold just when she starts a new weight loss regimen. That will do the trick.

[Tweet "The Devil Made Me... when you have a cold you have to do what it takes to power through. #humor #funny"] 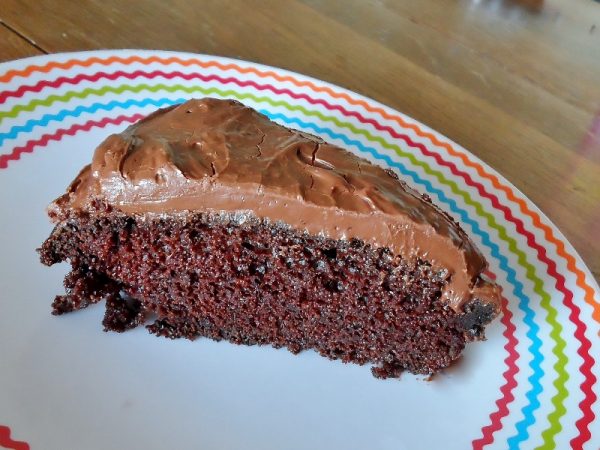 Scene: TheTV room on a quiet cul-de-sac in suburbia. A woman is plopped on the couch with her feet up managing the DVR remote with one hand and eating a bowl of "Perfectly Chocolate" Chocolate Cake and Homemade Country Vanilla Ice Cream with the other.

Woman: Oh c'mon, you crab fisherman are a bunch of whiney wimps! Boo hoo! It's cold outside, he is working us too hard and yelling at us! Try being a MOTHER! On duty 24-7 for a minimum of 18 years with no financial gain. You tell that greenhorn, Wild Bill! Wah wah! I miss my girlfriend. Sheesh, let him go. We already have Elliot rambling on about Val ad infinitum we don't need another one on the show.

Woman (shoving another bite of cake and ice cream in her face as she speeds through a commercial): Sigh, I knew it was only a matter of time before I caved and ate it. But, it's all natural and trans fat free! Ha ha ha. Okay, how about it feels really good on my sore throat? The diet and exercise starts next week, I swear!

Woman:  ugh! this cold must be making me hallucinate. I thought I just heard laughter. Maybe I need another scoop of ice cream.