Yesterday, I mentioned that life got a little crazy last month. There were days I felt like a salmon swimming upstream with the house cleaning.
After J would go to sleep I'd go downstairs and clean. The next morning the place would be a mess within minutes. Legos and magnetic letters all over the floor. Ugh!
And then there is the mess my husband leaves. Since he gets home late and leaves early in the morning he dresses downstairs so he won't wake me. One, sweet of him but I wake up anyway. Two, he leaves his clothes in a pile on a chair downstairs. Three, HIS son dumps the pile on the floor every day. (He is my son when he does something cute or smart and M's when he annoys me.)
So, one night last week I completely lost it. I started ranting and raving. I threatened to take away the magnetic letters off he did not pick them up (a cruel punishment for J). I started throwing things into the storage containers they should go into when we aren't playing with them. I muttered under my breath something about being the only one that is capable of putting anything away and that I was getting sick and tired of it. I ended my tirade by throwing a blanket over M's pile of clothes just so I wouldn't have to look at it.
As I started to tell J that this is what clean looks like I realized it wasn't my voice that was speaking, it was my mother's. Aaauuugh. How many times did my brother and I hear those sentiments growing up? And in the end she probably heard her mother's voice coming out of her mouth too. This harangue has probably passed from mother to daughter since the cave women days. "Do you really need to leave your sticks and rocks right in front of the cave entrance where everyone tries to walk?"
Then the guilt set in. Sheesh, Mom commuted to the city, worked all day, and walked into a disaster area and was immediately greeted with "What's for dinner?" Eventually we learned to cook, because of this, but we could have at least let the poor woman go to the bathroom before we pounced on her. (actually that became a rule at one point, she got to put her briefcase down and go to the bathroom before we said anything other than hello).
Yes, the circle is now complete. I am now the one nagging my kid to pick up his toys or lose them forever - duh duh duh...  🙂
My husband's reaction to the clean house was "Who's coming over?"
When I told him "no one" he quiped "oh, so I cleaned up my crap for nothing." He took one look at the expression on my face then turned to J and said "C'Mon partner, let's go outside so we don't make a mess." And I got to stay in and enjoy my tidy house. Something we probably should have done for our mother more often. Pay back can be rough. 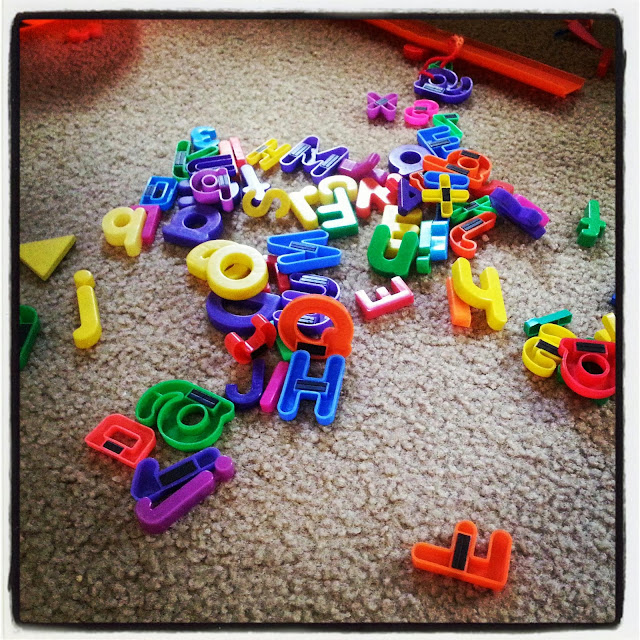